We help individuals accelerate growth by putting a light on their accomplishments.

I knew that if I failed I wouldn’t regret that, but I knew the one thing I might regret is not trying.

Under the motto “An Evening for Jeff Bezos”, the Axel Springer Award will be handed over on April 24, 2018 at a festive evening ceremony at the Axel Springer Journalists’ Club in Berlin. John Elkann, chairman of the board of directors of the Fiat corporation, will hold the laudation.

Mathias Döpfner, CEO of Axel Springer SE, said, “Jeff Bezos is receiving the Axel Springer Award 2018, because he was the first person almost a quarter of a century ago to recognise the potential of trading goods on the Internet and, with Amazon, he created a global corporation which he then led to unique business success. At a time when the digital economy had not yet by any means entered all areas of our lives, he believed in his idea, pursued it over years with exceptional foresight and created a new offering that has changed considerably the everyday lives of consumers worldwide. By purchasing The Washington Post in 2013, he put in place the prerequisites for bringing back to life the innovative power and passion for experiment of a traditional brand in decline, and gave new courage to an insecure industry. His ambitious space travel projects also prove that he wants to shape the future with passion. In his business models, he is driven by his maxim of focusing on the individual as customer and reader without compromise.”

Jeff Bezos was born in Albuquerque, New Mexico, USA. After graduating from Princeton University in Electrical Engineering and Computer Science, Bezos joined a high-tech start-up and later worked at New York asset management companies Bankers Trust Company and D. E. Shaw & Co. Foreseeing the Internet’s capacity for ecommerce, he developed the idea of a bookselling business on the Internet. He made this reality in 1994 when he set up Amazon. This was followed by an unparalleled career during which he transferred the original online bookstore to a global retailer, a marketplace and cloud computing provider. With the voice-controlled personal assistant Amazon Echo, he made a decisive contribution towards developing the Internet of Things.

The Amazon CEO is distinguished by his diverse economic engagement. Since 2013, he has owned the traditional US newspaper The Washington Post. Jeff Bezos is a self-proclaimed fan of Star Trek and founder of the space travel company Blue Origin, which seeks to lower the cost of spaceflight and enable a future where millions of people live and work in space. In January 2018, Jeff and MacKenzie Bezos donated a $33 million dollar scholarship grant for undocumented immigrants who were brought to the US as children, giving 1,000 immigrant graduates of US high schools the opportunity to go to college

About the Axel Springer Award

The Award is given to outstanding personalities who demonstrate an exceptional talent for innovation, create and transform markets, shape culture, and also face their social responsibility. The Award recognises the recipients’ achievements so far and encourages them to develop these further. The inaugural recipient of the Axel Springer Award was Mark Zuckerberg, founder and CEO of Facebook, in February 2016. World Wide Web inventor Sir Tim Berners-Lee received the Axel Springer Award in May 2017. The format of the award ceremony is tailored individually to the award winner. The Axel Springer Award is a non-monetary prize. The winner is selected by the executive board of Axel Springer SE, following suggestions by employees or the public.

Axel Spriger is a member of FIPP. 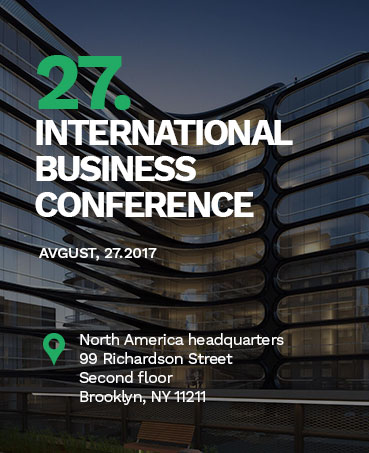